Them and US: Climate, Conflict, Inequality, and Migration Summer Scholars Session I

All human existence is marked by migration. Long before cities, states, and nations ever existed, human groups moved across vast landscapes in Eurasia, Africa, Australia, and the Americas, and continue to do so to the present day. Whether fleeing unsustainable conditions and/or seeking better conditions elsewhere in such early human lives or responding to economic barriers or catastrophes in historical and/or contemporary complex societies, migration to new areas is the primary method used by humans to try and better their lot, a reset as it were.

In doing so, migrating humans often come into contact with previous residents, most likely migrants themselves from earlier ages. These contacts between "them" and "us" have the potential to generate inclusion, integration, and innovation at best, and tension, violence, and conflict at the worst. As we go into the third decade of the 21st century, all studies project a tremendous increase in the rates and frequencies of migrations, due to conflict, inequality, malgovernance, and climate change.

In this course, we will engage with, discuss, and reflect critically on issues ranging from early migration of human groups and the early peopling of the globe, to migration and movement in complex societies from the Bronze Age to the Medieval Eras, and last, to global migration in the 19th, 20th, and 21st centuries, looking at causes, consequences, and complexities of migration along class, gender, ethnicity, history, and geography. By the end of this course, we will have grappled together with key questions facing researchers and policy makers today: How can we understand migration and its role in human social development? How did people in past societies or other non-Western societies deal with migration and migrants? How have we dealt with migrants in the 20th and the 21st centuries? What can we look forward to as the century unfolds? 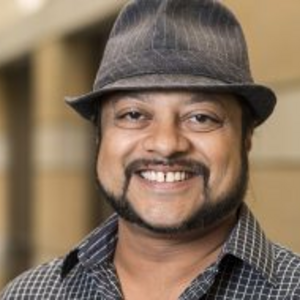 Prof. Oka is Research Associate Professor of Anthropology and Global Affairs at the Keough School for Global Affairs and is an economic anthropologist whose research focuses on the anthropology of urbanism, the development of complex socio-economic networks and systems, and the relationship between climate, conflict, inequality, and migration. He focuses on the impact of trade, commerce, and traders on social, political, and cultural infrastructures. These impacts are explored through 1) Archaeological and historical analysis of trade in the Indian Ocean, ca. 1000 BCE – 1800 CE, history, and 2) Ethnographic and network analysis of trade and consumption in unstable political environments such as conflict zones, and refugee camps/displaced peoples’ settlements in Africa, Asia, and Europe. Oka’s current research focuses on trader networks, refugee-host interactions, and poverty and inequality in the disaster and conflict economies of Eastern Africa (Northern Kenya, South Sudan, Ethiopia, Somali, and Uganda), and on understanding current refugee and migrant flows from Asia and Africa into Europe, specifically focusing on the Balkans. He has worked with the United Nations High Commissioner for Refugees, The World Bank, the United States Agency for International Development, the Bureau of Population, Refugees, and Migration of the US State Department, and the Commissariat for Refugees and Migration for the Serbian Government on various relief projects.