The State of Race in 21st Century America

Though some commentators would argue to the contrary, American society is not “beyond race.” In fact, the present century has shaped up to be complex concerning what was known in a bygone era as “race relations.” The shooting of African-American Trayvon Martin, the construction of a border wall between the U.S. and Mexico and fraught discussions over immigration, and the protests over Confederate flags and statues in many Southern cities are issues that have sparked debates, protests and other forms of activism concerning the status of black and brown people in America.

George Floyd’s killing led to months on interracial protest marches in cities throughout the United States. The present moment has shades of the 1960s, when national actors took to the streets to remake the American establishment and to foster social change. Through a close examination of original materials from personal manifestos to films and documentaries, this seminar will explore the cultural and political meaning of these moments from a variety of actor perspectives, including immigrant activists, Black Lives Matter proponents, politicians, law enforcement and first responders, and ordinary citizens.

Class discussion may be frank and honest, but we believe that is the best way to determine race in the 21st Century. 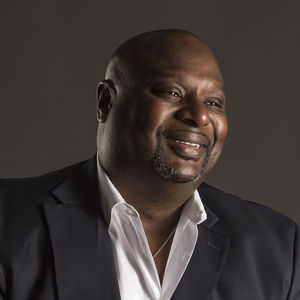 Richard Pierce is an Associate Professor of History and Africana Studies at the University of Notre Dame. He received his Ph.D. from Indiana University. His research focuses on the manifestations of Black Power in Indianapolis. While at Notre Dame he has won the two most prestigious teaching awards available to members of the Arts and Letters faculty.  In 2006, Professor Pierce received a Kaneb Teaching Award (now named the Rev. Edmund P. Joyce, C.S.C. Award for Excellence in Undergraduate Teaching), which honor faculty members who have had a profound influence on undergraduate students through sustained exemplary teaching, and, in particular, creating environments that stimulate significant student learning, elevate students to a new level of intellectual engagement. Additionally, Professor Pierce is the 2009 winner of the Sheedy Excellence in Teaching Award presented annually to an outstanding teacher in the College.

Professor Pierce is an historian of twentieth century American history who specializes in the urban experience of African Americans. His research lies in the political economy of race and race relations in the Midwest, particularly Indianapolis, during the 20th century. His approach is an interdisciplinary one, utilizing theory and methods from urban studies, political science, legal, sports, and education history. His first book project, Polite Protest: The Political Economy of Race in Indianapolis (Indiana University Press, Spring 2005), examined an African American urban community after 1945 and is one of the very few works to deal primarily with the political economy of African Americans within a particular city. 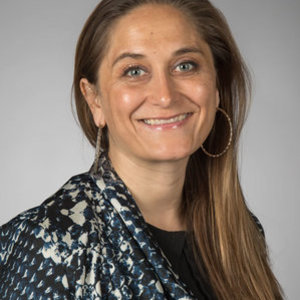 Jaimie Bleck is an Associate Professor of Political Science and the Senior Research Director for the Kellogg Institute’s Ford Program in Human Development Studies and Solidarity. She received a Ph.D from Cornell University in 2011. Her research focuses on comparative politics and political behavior with a focus on sub-Saharan Africa. She examines questions related to citizenship and representation, youth and social capital, and electoral politics.

Professor Bleck is the author of Education and Empowered Citizenship in Mali (Johns Hopkins University Press, 2015) and Electoral Politics in Africa since 1990: Continuity in Change (Cambridge University Press, 2018) with Nicolas van de Walle. Her articles have appeared in in The Journal of Politics, Comparative Political Studies, Democratization, African Affairs, World Development, and the Journal of Modern African Studies. Bleck’s research has been funded by the National Science Foundation, American Council of Learned Scholars, the Spencer Foundation, and USAID.