Russia and the West Summer Scholars Session I

Over the past 100 years, Westerners have spent considerable time analyzing Russia, but what about the reverse: How do Russians view the West? And just as importantly, what has shaped their opinion of us? As one might expect given Russia’s long, rich, and turbulent history, there are no simple answers to these questions. At times, Russians have ardently imitated what they thought were the unparalleled virtues of Western society; at others, they have just as firmly rejected Western influence as antithetical to their most cherished traditional values. Underpinning this ambivalent response is the notion of a “Russian Soul” that sets Russians apart from Americans and other Europeans. If such a thing even exists, can we define it?

In this track, we will use an interdisciplinary approach to uncover the people, events, and ideas that have shaped the modern Russian psyche and how it regards the West. Works of Russian literature, film, and art will be supported by eyewitness accounts and readings from the disciplines of history and political science. The historical sweep of our study will range from the reign of Peter the Great (1682-1725), which marked Russia’s first widespread engagement with the West, to the present. Major topics include Peter the Great’s Westernizing reforms and their legacy, Russia’s Age of Enlightenment, the genesis of the concept “Russian Soul,” the Westernizers vs. Slavophiles debate, the 1917 Revolution and its aftermath, the Cold War of the 1940s-1980s, and the post-Soviet (contemporary) period. 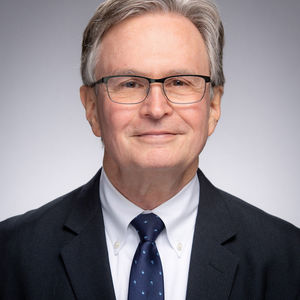 David Gasperetti, a professor emeritus of Russian, has been a member of the Notre Dame faculty since 1989. His teaching and research interests focus on Russian novels of the eighteenth and nineteenth centuries, especially Dostoevsky and Tolstoy. In his monograph The Rise of the Russian Novel: Carnival, Stylization, and Mockery of the West (a Choice Outstanding Academic Book), Professor Gasperetti examines the imitation, transformation, and rejection of West European literary norms in the first Russian novels. In various articles, he has also investigated the relationship between parody and literary evolution and the role of narrative in shaping systems of belief. Professor Gasperetti has translated three seminal works of early Russian prose fiction in Three Russian Tales of the Eighteenth Century and published a grammar supplement to the popular Russian intermediate language textbook V puti.

Professor Gasperetti's teaching has been recognized at the University of Tulsa, where he was named the Senior Mortar Board Teacher of the Year in the College of Arts and Sciences (1988), and at the University of Notre Dame, where he received a Kaneb Award for Undergraduate Teaching (1999) and a Reverend Edmond P. Joyce, C.S.C., Award for Excellence in Undergraduate Teaching (2014).