Explore how myths and folklore (a broad term meant to include all aspects of tradition, custom, and heritage) and its expressive manifestations shape national, regional, and ethnic identities. We will delve into the functions of folklore and how myths legends and tales of fairies have influenced the Irish Literary Revival often considered the Irish Renaissance. We will explore the resurrection of Irish myths in the forming of a National Identity at the turn of the 20th century. This course will examine, poetry, plays, art and films that were created as ways of preserving Irish traditions.

We will examine the function of folklore within the communities who symbolize, perform and use these cultural goods, as well as the ways traditions are expressed and performed in daily life. In this course, you will study major forms of folklore (e.g., myths, legends, beliefs, rituals, festivals), as well as the theoretical approaches (e.g., performance theory, the ethnography of communication) used to interpret cultural documents drawn from the world of traditional expression and ritualized behavior.

Students will meet online on Saturdays from 9:00am - 10:30am (Eastern Standard Time). Class time will be a mix of synchronous and asynchronous learning. 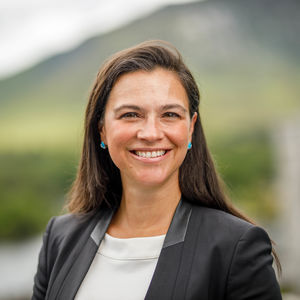 A first-generation Canadian-born in Toronto, Lisa M. Caulfield moved to Ireland in 2003. She graduated from the University of Toronto after completing an honors B.A. in English and history. She also attended Ryerson University where she completed a business diploma in publishing. Lisa has an M.A. in modern Irish literature from the National University, in Maynooth, County Kildare, and is in the process of completing her Ph.D. at University College Dublin. Her academic interest focuses upon the role of the mythic hero in Irish literature, drama, art, and poetry. Lisa has worked for the University of Notre Dame International since 2004 and is leading the international efforts situated in the picturesque setting of Kylemore Abbey where a new Notre Dame centre was opened in 2016—a centre geared toward continuing the deliverance of high quality, authentic, culturally enriching programs that involve community outreach for students, faculty, and Irish partners.