Nearly one in four people is an immigrant or child of immigrants in the United States. This course offers a critical examination of what it means to be an immigrant or child of immigrants through interdisciplinary sources including memoirs, blogs, art, and popular journalism. Since the liberalization of immigration policy in 1965, immigrants from Latin America and Asia are becoming an increasing and emergent demographic of American society. In major American cities such as Los Angeles and New York, they comprise over 50% of the population. This course focuses on how immigrants and the children of immigrants experience the United States. How are immigrants changing the US racial and ethnic structure? How do their experiences differ given varying legal statuses? How is the second generation becoming American? We will explore these questions through family, media representation, religion, education, dating, and sexuality. Students will participate in a virtual service-learning opportunity related to migration and social justice, and learn skills in quantitative and qualitative methodologies. 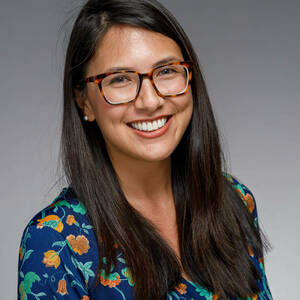 Jennifer A. Huynh is an Assistant Professor in the Department of American Studies at the University of Notre Dame. Her broad research interests include Critical Refugee Studies, US Immigration, and Asian American Studies. She received her doctorate in 2016 from Princeton University in Sociology and her bachelor’s degree from the University of California, Berkeley. Previously she was a lecturer in the Asian American Studies Department at Northwestern University. Her most recent article examines the experiences of unaccompanied Central American minors in US immigration court. She is currently working on her book manuscript that focuses on Vietnamese refugees in Southern California's Little Saigon and suburban gentrification. She has published articles in the Journal of Ethnic and Migration Studies, Studies in Ethnicity & Nationalism, and Asian American Journal of Psychology.