Do you know your Hogwart’s house? Have you ever thought about how the media you consume influences your views on race, politics, or sexuality? Do you want to play video games, share your favorite songs, and analyze representations in your favorite TV shows? Do you have the ability to critique something you love? If so, then this class is for you.

This class introduces students to cultural studies frameworks such as critical race theory, intersectionality, and theories of representation to address questions like:

As a class, we will consume, discuss, analyze, and create examples of popular culture in order to explore the relationship between what we often see as “just entertainment” and the very systems and beliefs that make up society and culture as we know it. Students will have the opportunity to collaborate, research, and share examples and experiences with their peers. 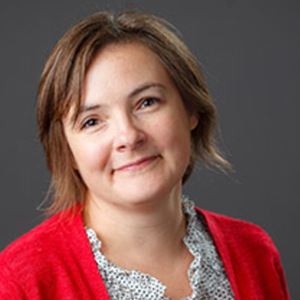 Darlene Hampton is an Associate Advising Professor and Assistant Dean in the College of Arts and Letters where she advises undergraduate students from sophomore through senior year. Hampton received Bachelor's degrees in both Theatre Arts and English Literature from the University of Oregon in Eugene, OR. where she went on to earn both Master's and Doctoral degrees in English with a concentration in Film and Media Studies. Using feminist discourse analysis and theories of performance, her work explores the significant role that mass media texts play in both American culture and our own lives as individuals and members of communities. Dr. Hampton came to Notre Dame in 2012 and holds concurrent faculty appointments in American Studies and Film, Television, and Theatre where she enjoys teaching courses on gender, media, representation, and fan cultures. Her current research focuses on the significance of gendered representations of media fans, the intersection of fan practices and queer performance, and the significance of representational framing on political beliefs and practices.