Global Issues: Violence and Peace in the Modern Age

Today's news seems like a litany of catastrophes: wars across parts of Asia, the Middle East, and central Africa; the largest global refugee crisis in modern times; rising intolerance, racism and authoritarianism in Western democracies; poverty and underdevelopment in vulnerable communities; and instability and conflict driven by climate change. This seminar begins by investigating these pressing contemporary challenges, with a focus on war and violence, examining how extremist nationalism coupled with dehumanizing ideologies can engender war and mass atrocities, systemic discrimination, and entrenched poverty and inequality. Focusing on three areas of the world – the Middle East, central Africa and the United States - we explore these problems from a global and local perspective.

The second part of the seminar turns to various peacebuilding strategies and actors. We examine how international institutions like the United Nations can promote the rule of law and reduce armed conflict, how nonviolent social struggles can advance justice and lessen discrimination, and how restorative justice practices can help overcome mistrust and reduce conflict in local communities.  In this section of the seminar, we address the following questions: How can we work to establish peace in the face of significant societal challenges? What can we do to promote just and equitable social relations? What conceptions of justice undergird existing peacebuilding practices, institutions, and frameworks? With the help of Notre Dame faculty with expertise on a wide range of peacebuilding issues, we will sketch some ways forward.

The seminar concludes with a visit to several community peacebuilding organizations in Chicago, where we will learn about practical strategies to mitigate violence and poverty, and build trust and resilience among neighbors. 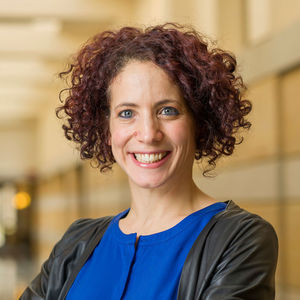 Atalia Omer is professor of religion, Conflict, and Peace Studies at the Kroc Institute for International Peace Studies and the Keough School of Global Affairs at the University of Notre Dame.  Her research focuses on religion, violence, and peacebuilding as well as theories and methods in the study of religion. She is a 2017 Andrew Carnegie Fellow working on a book tentatively titled Global Religion, Peacebuilding and the Perils of Development: Beyond Neoliberalism and Orientalism. She is the author of Days of Awe: Reimagining Jewishness in Solidarity with Palestinians  (University of Chicago Press, 2019) and When Peace Is Not Enough: How the Israeli Peace Camp Thinks about Religion, Nationalism, and Justice (University of Chicago Press, 2013). She is also a co-editor of The Oxford Handbook of Religion, Conflict, and Peacebuilding (Oxford University Press, 2015) and a co-author (with Jason A. Springs) of Religious Nationalism: A Reference Handbook (ABC-CLIO, 2013). Omer has published articles in various peer-reviewed journals including the Journal of the American Academy of Religion, The Journal of Religious Ethics, Soundings, The Journal of Political Theology, The Study of Nationalism and Ethnicity, and The International Journal of Peace Studies. 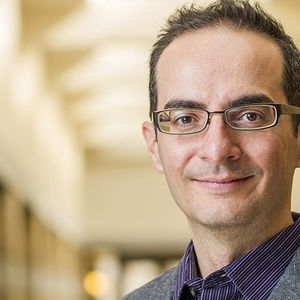 Ernesto Verdeja is an Associate Professor of Political Science and Peace Studies and Director of Undergraduate Peace Studies at the University of Notre Dame. He received his Ph.D. from the New School for Social Research in New York City. His research focuses on large-scale political violence (genocide, war crimes, crimes against humanity), transitional justice, political reconciliation, war crimes trials, truth commissions and reparations.

Professor Verdeja is the author of Unchopping a Tree: Reconciliation in the Aftermath of Political Violence and coeditor of Globalization, Social Movements, and Peacebuilding; Responding to Genocide: The Politics of International Action; and Genocide Matters: Ongoing Issues and Emerging Perspectives.