At no time since the end of the Cold War has our world looked more uncertain than today. World politics faces a series of global problems, some of which seem to mutually affect and exacerbate each other. Chief among them are climate change, terrorism, migration and refugee flows, and the global recession of democracy.

Climate change has emerged as one of the premier threats to international security, stability, and growth. It has also underlined the growing crisis of global governance, by which we mean co-operative action across states and international institutions to respond to such problems. The decline of democracy has undermined the necessary partnership among participating states: populist strong men hollow out domestic institutions and reject global ones in favour of isolationism. Their rhetoric is not least fuelled by the migratory flows and political violence that are linked to the climate crisis. The effects of climbing temperatures are felt most keenly in the global south, where they exacerbate local political instability, violence, and migration towards less affected areas.

This course surveys these four inter-related issues by looking at scholarly debates around their origins. It will then examine each in a brief case study, and finally outline the contemporary efforts to tackle these challenges. The class will have a strong focus on group discussions and support these with a mix of lectures, films, and small group projects.

Students will meet online on Saturdays from 10:00am - 11:30am (Eastern Standard Time) with additional asynchronous time requirements. 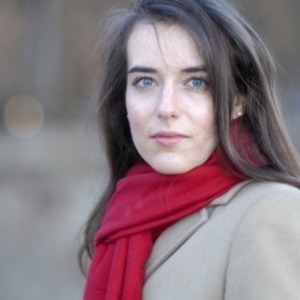 Dr. Julianna Füzesi is Adjunct Associate Professor in Political Science at the University of Notre Dame in England. Her research interests include ethnic nationalism and terrorism, ethno-territorial conflicts, regional security, and European integration. Courses offered at Notre Dame include Comparative Conflict Regulation: Northern Ireland and the Israel/Palestine, and The European Union. Dr. Füzesi works as an independent political analyst, writing among others for the Economist Intelligence Unit (EIU).