In the U.S. today, the most powerful system organizing gender is a binary one, characterized by two supposedly distinct and unequal categories (female and male, woman and man, girl and boy). In this course, we’ll use culture as a lens to explore how that binary system functions, where it came from, and how individuals and groups have responded to it.

In other times and places, the rules of binary gender have looked very different than what we’re most familiar with in the U.S. today. Men were the first cheerleaders, the first knitters, and the first people to wear high-heeled shoes. Women pioneered computer programming and brewing beer. And across time and space, many societies haven’t had binary gender at all, but other systems with three, four, or as many as seven different genders.

Gender studies scholars point to these variations in gender rules and systems as evidence that gender is a social construct rather than an innate biological characteristic. Because there is no universal “right” way to be a man or a woman, and no universal definition of what a man or woman even is, they conclude the most honored ways of “doing gender” in a given society are shaped by social cues and influences.

This course explores how we “do gender” in the U.S. today and introduces students to some key themes in the interdisciplinary academic field of Gender Studies, focusing on how gender shapes—and is shaped by—popular and public cultures. Our exploration is built around seven overlapping themes that are central to how gender operates in our world as one of many intersecting systems of power and inequality: Bodies, Identities, Spaces, Institutions, Images, Activism, and Stories. Each thematic unit is grounded in the interdisciplinary field of gender studies, but also highlights other areas of academic study—like sociology, anthropology, literature, biology, neuroscience, and the visual arts—that have taken up questions of gender within their own traditions.

During the two-week term, students will produce multimedia digital stories, an interactive map of Notre Dame campus bathroom facilities, and a range of written work that documents their intellectual development in the study of gender and culture. They will travel to Chicago for a night at the theatre; explore art museums, classic literature, and Toys ‘R’ Us; and conduct an anthropological study of the Summer Scholars program itself. Class time will include a mix of lectures, discussion, creative activities, and media analysis. 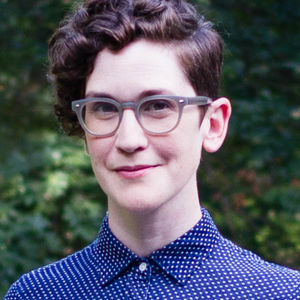 Dr. Pamela Wynne Butler is Associate Director and Director of Undergraduate Studies in the Gender Studies Program. Dr. Butler's research uses critical-race and transnational feminist critique to understand popular and public cultures in the United States. Their areas of expertise include: U.S. histories of gender, sexuality, and empire; feminist political economy; reproductive politics; and the carceral state. Dr. Butler teaches classes both at Notre Dame and at the Westville Correctional Center.

Dr. Butler's current book project, The Secret History of American Knitting: Entanglements of Race, Sex, and Empire, is a genealogical political history of hand-knitting in the United States since the mid-19th century, focused on the ways domestic handcrafts have produced diverse racial and sexual subjectivities through such sites as the home, the prison, the museum, and the marketplace. Their work has been published in journals and edited collections including Meridians: Feminism, Race, Transnationalism and Queer Twin Cities.

In addition to this research, Dr. Butler is a master knitter and designer whose creative work since 2008 has worked to transform the hand-knitting industry’s approach to gender and embodiment. Their designs have been featured in major international publications including Knitting Magazine, Vogue Knitting, and Elizabeth Zimmermann’s Knitter’s Almanac: The Commemorative Edition.