When you think of the future, do you see a world with flying robots, synthetic biology, virtual reality, autonomous vehicles, sweat-powered personal devices, internet for everyone, health monitoring clothing, cancer-detecting smart needles, brain implants, pollution-free energy,  intelligent drug design, or quantum computers? This course explores the technologies needed to make these ideas a reality. We will start with the creation, transfer and storage of the energy needed to power these things. Then move to learning about how we can sense the world so that we can build machines that can reason, make decisions and act on the world. Finally, we will learn about how to build those machines so that they can be integrated into everything, from a car, your body or sent into the deepest reaches of space.

At the core of these advanced technologies are the electrical and electronic technologies that are studied in Electrical Engineering. Working in teams, students will experiment and build initial systems that provide insights into what is possible even today and what problems need to be solved to realize the dreams of embedded advanced intelligence into anything and everything. Students will be introduced to alternative energies, quantum computing, photonics, signal processing, communications and embedded systems through lectures and hands-on experiences.

Students with an interest in science and engineering are certainly encouraged to apply, but no particular background is expected or needed. Everyone will learn about the potential impact that the technologies we will be working with can have, being used to solve many problems and to create many new advanced items for the world. Whatever field you envision going into there will be technology utilized that are designed and built by Electrical Engineers. Knowing what can be done and what people are trying to do in that field will provide you insight into what will be done in the future. 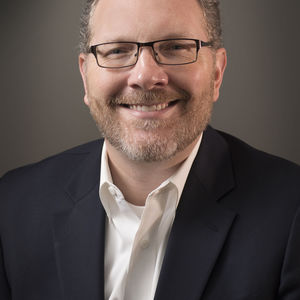 Dr. Laneman is Founding Director and currently Co-Director of the Wireless Institute in the College of Engineering; Professor, Associate Chair, and Director of Graduate Studies in the Department of Electrical Engineering; and Fellow of the Pulte Institute for Global Development as well as the Reilly Center for Science, Technology, and Values at the University of Notre Dame. He joined the faculty in August 2002 shortly after earning a Ph.D. in Electrical Engineering and Computer Science from the Massachusetts Institute of Technology (MIT). His research and teaching interests are in communications system engineering—blending information theory, signal processing for communications, as well as prototyping and experimental validation—with emphasis on wireless systems.

Laneman is an IEEE Fellow and received the 2018 IEEE Kiyo Tomiyasu Award. In addition to three conference best paper awards, Laneman has received a 2006 Presidential Early-Career Award for Scientists and Engineers (PECASE) and a 2006 National Science Foundation (NSF) CAREER Award. He has served as General Co-Chair of the 2017 IEEE International Symposium on Dynamic Spectrum Access Networks (DySPAN), an Associate Editor for IEEE Transactions on Communications, and a Guest Editor for Special Issues of IEEE Transactions on Information Theory and IEEE Journal on Selected Areas in Communications. He was also the first Online Editor for the IEEE Information Theory Society and served on its Board of Governors.

Laneman is author or co-author on over 145 publications, including 47 journal articles and invited book chapters, and has been recognized by Thomson Reuters as an ISI Highly Cited Researcher (2010, 2015). He is co-inventor on seven U.S. patents and has several patents pending. He currently advises two Ph.D. students; twelve Ph.D. degrees, thirteen M.S. degrees, and one B.S. honors degree have been earned under his supervision. All of these research efforts have been supported in part by over $12.5M in research funding, with Laneman serving as principal investigator on just over $4.5M.

Robert L. Stevenson received the B.E.E degree summa cum laude from the University of Delaware, Newark, DE in 1986, and the Ph.D. in electrical engineering from Purdue University, West Lafayette, IN, in 1990. While at Purdue, he was supported by a National Science Foundation Graduate Fellowship and a graduate fellowship from the DuPont Corporation. Dr. Stevenson joined the faculty of the Department of Electrical  Engineering at the University of Notre Dame, Notre Dame, IN, in 1990, where he is currently a Professor and Associate Chair. He has held visiting positions at the University of Delaware, Newark, DE, the Intel Corporation, Hillsborough, OR, and the US Air Force Research Laboratory  in Rome, NY.

Dr. Stevenson has served as an Associate Editor for the IEEE Transactions on Image Processing, the IEEE Transactions on Circuits and Systems for Video Technology, and the Journal of Electronic Imaging. Dr. Stevenson has served as Chair, Co-Chair, and on the advisory committees of several conferences on image and video processing. His research interests includes image and video processing, restoration, compression, and enhancement. He has published over 150 papers and contributed to eight books in his area of interest.