Economics of International Trade: Trade Deals and the European Union

“Peace, commerce, and honest friendship with all nations...entangling alliances with none” ― Thomas Jefferson.

Economists do not agree about much, but they agree that trade between countries benefits all involved. Of late, politicians have focused on the negative and talk about how globalization left many behind. This course explore the dissonance between a desirable theory and the frictions of globalization. This course is an opportunity to learn more about basic economic concepts on tariffs. Theory shows that Robinson Crusoe should trade with Friday while stuck on their deserted island. They both can specialize and make the world better for themselves and the other. With Covid-19, many head of states have questioned the benefits of specialization. This course is an opportunity to learn more non-trade barriers, such as the lack of international standards. This course discusses trade agreements, such as the USMCA, and the negotiation that goes on behind closed doors; and, it discusses trade agreements withdrawals from NAFTA to Brexit – the UK’s exit from the European Union. These movements are more politically motivated than economically irrational: the UK economy has been stagnating and suffering since the Brexit vote.

Students will meet online on Saturdays from 9:00AM - 10:30AM Eastern Standard Time with additional asynchronous time requirements of 1hr+ per week. 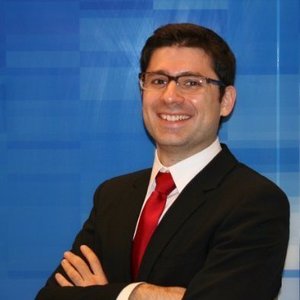 Garry A. Gabison, JD-PhD serves as Adjunct Associate Professor in Economics at the University of Notre Dame (USA) in England He hold a PhD in Economics from Yale University and Juris Doctor from the University of Virginia. Before returning to academia, Garry worked for the European Delegation in D.C. and the European Commission in Spain. Garry has published on topics from the economics of environmental regulations to the impact of artificial intelligence on intellectual property.