The present-day encounter of the great world religions is one of the most urgent and exciting events of our time. It ranks alongside the global struggle against poverty, injustice, and violence and the engagement of religion with science as one of the three great issues confronting twenty-first century humanity.

This course will introduce students to the basic teachings and spiritualties of Hinduism, Buddhism and Islam, and how they relate to Christianity. Approaching these religions both historically and theologically, we will seek to determine where they converge and differ from Christianity on such perennial issues as death, self-hood, the meaning and final goal of life, the nature of the ultimate Mystery, the overcoming of suffering, and other important topics. That is to say, we will not only attempt to comprehend these religions according to their own self-understanding, but we will also endeavor to appraise their significance in relation to Christian faith.

Our examination of the great world religions will be guided by such questions as: What do the world religious traditions have in common, and what are their points of diversion? What are the particular strengths of each tradition? How might the tenets of each religious tradition expand one’s awareness, and teach practitioners to be wiser, more compassionate and more giving? Related to our discussion of the teachings of the world religions will be a focus on prayer and meditation.

By the end of the course, students will have a greater understanding of what is essential to Christian faith and practice, as well as a greater appreciation of the spiritual paths of other faiths. While students who have exposure to Catholicism and other Christian faiths will find this course of deep interest, this course does not presuppose first-hand knowledge of any particular religious tradition. Spiritual seekers and skeptics are also welcome. 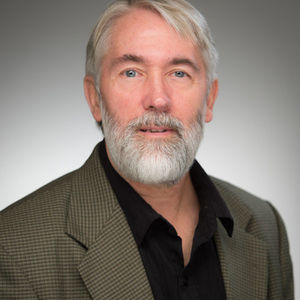 Bradley Malkovsky is associate professor of comparative theology at the University of Notre Dame. After earning his master's and doctoral degrees in Catholic theology from the University of Tübingen, he moved to India to study Sanskrit and Hindu thought at the University of Poona in Pune, India, where he lived for five years. Specializing in the field of Hindu-Christian dialogue, he was the editor of the Journal of Hindu-Christian Studies during 2002-17. He also has extensive experience living among Muslims in India, especially after having married into a Muslim family. Among his books are The Role of Divine Grace in the Soteriology of Śaṃkarācārya (2001) and God's Other Children: Personal Encounters with Faith, Love, and Holiness in Sacred India (2013), for which he won the Huston Smith Publishing Prize. Malkovsky has won five teaching awards at Notre Dame and teaches a wide range of students, from theology PhD students to undergraduate first year students with no background in Catholicism, Christianity or religion in general.