A City of Spell Books and Broomsticks: London in the Literature of the Fantastic

‘Can we buy all this in London?’ Harry wondered aloud.

‘If yeh know where to go,’ said Hagrid.

From the Hogwarts Express on Platform 9¾ at King's Cross Station, to the Cybermen on the steps of St Paul’s Cathedral, to Spider-Man precariously perched on the parapet of Tower Bridge, London has inspired the fantastical imagination like no other city. This course explores London’s predominance in Anglophone fantasy literature and its multifaceted representations, refractions, mutations, and transformations. It examines the intersection between the fantasy genre and the city of London as both a concrete location and an imaginary space.

This course provides a unique opportunity to study London-based fantasy and science fiction on the undergraduate level. Over six weeks, students will hone their critical faculties, sharpen their arguments, exercise independent thought and creative approaches, and develop their close reading skills and their ability to sustain comparative readings across literary works. They will analyse the dialectic between the fantasy genre and the city of London and explore the interrelationships between literature, location, history, and culture. The course will range across a diverse corpus of London-based fantasies from the nineteenth century to the present, from Charles Dickens’s A Christmas Carol to extracts from Edith Nesbit’s The Phoenix and the Carpet, the first film in the Harry Potter series and the first episode of the new Doctor Who series.

From week to week, students will reflect upon the role of fantastical literature within its wider historical, cultural, social, and political contexts. We will engage with the questions at the heart of contemporary debates about fantasy literature: to what extent is fantastical fiction merely escapism from so-called ‘real life’? Why has the fantasy genre remained so enduringly popular? Why has London remained the foremost city of science fiction and fantasy, and how do London-based fantasies differ from those set in the countryside or in invented worlds? Why does the Ghost of Marley manifest in a door-knocker of all places? What connects a magic carpet with Sherlock Holmes?  Why is Dumbledore’s phoenix named Fawkes?  Why does Hufflepuff always draw the short end of the stick? What is the best way to survive an alien invasion of London? Why does the TARDIS still look like it’s a 1950s police box?

Students will meet online on Saturdays from 9:30am - 11:00am (Eastern Standard Time) with additional asynchronous time requirements of 1hr+ per week. 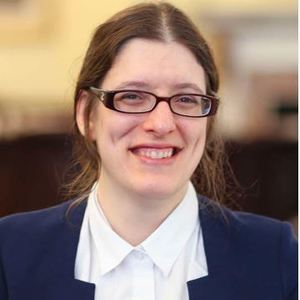 Dr Hadas Elber-Aviram serves as Adjunct Associate Professor at the University of Notre Dame (USA) in England. For the past four years, she has been teaching a course in English Literature entitled 'London in the Literature of the Fantastic', and she has recently launched a new course, entitled 'Deciphering the City: The Urban Detective Story'.

Hadas was awarded her PhD in English from University College London and her Bachelor's and Master's Degrees from Tel-Aviv University (both summa cum laude). She is the author of Fairy Tales of London: British Urban Fantasy, 1840 to the Present (London: Bloomsbury, 2021), and has published articles and book chapters on topics ranging from Dickens's influence on Mervyn Peake and China Mieville, to H. G. Wells's fantastical London, to the representation of vampires in science fiction, to the affiliations between urban archaeology and urban fantasy, to post-Brexit science fiction. She has been the recipient of research grants from the University of Notre Dame (USA) in England, the University of York, and University College London, among other awards. Her current research focuses on women writers of London-based fantasy and science fiction, among them Mary Shelley, Edith Nesbit, Doris Lessing, Emma Tennant, Angela Carter, and J. K. Rowling.