Science Fiction Movies in the Twenty-First Century: Boldly Go to a Galaxy Far, Far Away

Ever since Star Wars hit cinemas in 1976, science fiction and special effects extravaganzas have dominated the silver screen, such that it sometimes seems hard to release any other type of movie. In the twenty-first century, there seems little chance that such movies will relinquish their grip on the market any time soon. Big franchises (Star Wars, the Marvel Cinematic Universe, Star Trek, etc.), dominate, but other one-offs also slip through. 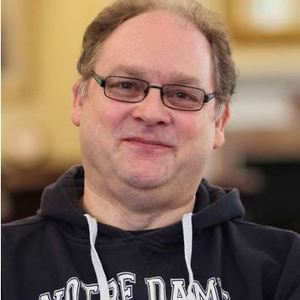 Tony Keen came to the Notre Dame London Global Gateway in 2013, where he devised the course "London in the Literature of the Fantastic." He now teaches "Roman Britain", and contributes to "Inside London." He took a Ph.D. in Ancient History from the University of Manchester in 1992. Keen is a world-leading researcher on the reception of Greek and Roman literature and culture in modern science fiction and fantasy, and has also written widely on Classical reception, science fiction, and cinema. He is currently working on a book on depictions of Roman Britain on screen. In his spare time, he is a keen railway modeller, and contributes to two websites about comics and graphic novels.