The United States incarcerates more of its citizens than any other country in the world.  Though long recognized for excessively incarcerating poor people, recent decades have exposed savage disproportionalities in the rates by which the U.S. imprisons its Black and Brown citizens. Scholars now describe the U.S. prison-industrial complex as a caste system that discriminates by race and ethnicity—what legal scholar, Michelle Alexander, has famously termed the new Jim Crow.

This seminar examines the potential of restorative justice ethics, practices, and community-led initiatives to challenge, and potentially transform, the structurally racist features that form the retributive culture of the U.S. justice system, and its devastating impact upon minority and marginalized neighborhoods.

Restorative justice is both an ethical framework and a range of community-based and victim-centered justice, healing, and peacebuilding practices. Implemented widely in international contexts, there it often informs truth and reconciliation efforts in the wake of violent conflict (e.g. truth commissions in South Africa, Chile, Argentina, Uganda, among others).  In North American contexts, restorative justice is typically practiced as measures that “divert” alleged offenders from a standard course through the justice system by funneling them into alternative justice practices and programs.  On this understanding, restorative justice paths may be both less harshly punitive, and aim to repair harm caused to victims, communities—and even offenders— by destructive conflict, violence, and crime.  However, when deployed for primarily diversionary purposes, restorative justice initiatives fail to address the ways that the U.S. justice system, itself, manifests structural and cultural forms of violence (e.g. the criminalization of people of color, socio-economic inequalities, and the shame, stigma, and fragmentation that deteriorate community bonds and relationships). 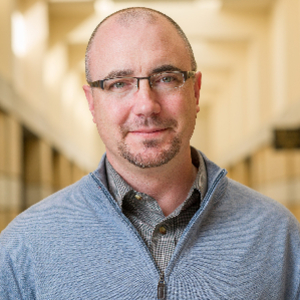 Jason Springs is Professor of Religion, Ethics, and Peace Studies at Notre Dame’s Kroc Institute for International Peace Studies. His research and teaching focus on ethical, philosophical and theological dimensions of restorative justice, attending specifically to its potential to intervene in racialized and class dimensions of the U.S. prison-industrial complex. He works on questions of structural and cultural violence; conceptions of religious toleration and the challenges posed by religious pluralism for transforming conflict; Islamophobia in Europe and North America; democratic theories and practices as frameworks for peacebuilding.

Springs’ latest book, Healthy Conflict in Contemporary American Society: From Enemy to Adversary (Cambridge University Press, 2018), develops conceptions of healthy conflict and strenuous pluralism that are realistic about the challenges and limitations of religious tolerance in a society that is both deeply religiously plural and politically volatile. The book examines seemingly intractable episodes of religious intolerance and moral conflict across contemporary U.S. and European public life — from abortion law battles, religious freedom, to moral and religious defiance of racism and economic marginalization in the Black Lives Matter and Occupy Wall Street movements. It takes up the emergence and persistence of religious intolerance toward Muslims (e.g. Islamophobia) in the U.S. since 9/11 and in France more broadly. The book develops a model of religious interaction that strives to engage the constructive potentialities of conflict.

Springs is also the author of Toward a Generous Orthodoxy: Prospects for Hans Frei’s Postliberal Theology (Oxford University Press, 2010), and co-author (with Atalia Omer) of Religious Nationalism: A Reference Handbook (ABC-CLIO, 2013).