Modern Political Leadership: The Powers of the US President and the UK Prime Minister Compared

This course provides students with an insight into the study of contemporary political leadership using comparative politics tools to contrast the U.S. president with the U.K. prime minister. It will explore the impacts of the varied environments within which presidents and prime ministers operate, namely political systems and structures, historical processes and party and electoral contexts. And it will examine the ways in which the interplay of events, political ideas, public and electoral opinion, interest group activity, forms of political communications and the mainstream news media help enable or else constrain political leaders. Check out a sample lecture, "The Prime Minister of the United Kingdom." 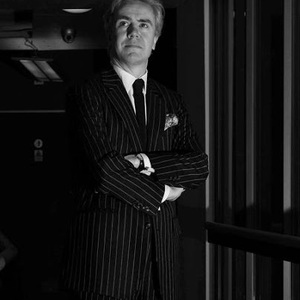 Dr Richard Heffernan is Reader in Government in the Politic department of The Open University, and has held visiting appointments at the Center for European Studies, Harvard University, the University of California, Los Angeles and the London School of Economics. He serves as Adjunct Associate Professor in Politics at the University of Notre Dame (USA) in England, where he teaches on UK Government and Politics, and supervises students who are doing internships with Members of Parliament. He works in the field of comparative politics and specialises in British politics. He is presently researching the British prime minister, and his interests include the form and function of the prime minister, executive politics, executive- legislative relations, political parties and electoral politics.