The course is designed to explore and examine art made in late 19th Century Western Europe to mid-century North America. Through a thematic overview of the period as as well as a series of specific case studies, we will examine figures, movements and practices from the period of French Impressionism to the Pop Art Movement (roughly 1860-1965), paying special attention to the social, political, and historical contexts in which they arose. Focusing on painting, sculpture, and photography, we will also trace the transformation of Paris as the artistic center of the 19th century, as well as New York City’s emergence as the site of 20th century high modernism.

Along the way, we will look at other critical movements of this time period, including Cubism, German Expressionism, Constructivism, Dada, the Bauhaus and Surrealism; and we will also consider the rise of mass-media technologies like radio, broadcast television, and film in relation to artists’ engagement with new technologies.  Examining industrialization and urbanization, we will attempt to understand how artistic developments of this period fundamentally reinvented the ways in which artists understood and captured their world.

We will take our classroom to Chicago, where we will view world-class collections of art made during the 19th-20th centuries at The Art Institute of Chicago (AIC) and the Museum of Contemporary Art, Chicago (MCA).  At Notre Dame, we will view important works of photography in the collection at the Snite Museum, and attend an interactive lecture on Vincent Van Gogh’s Starry Night (1889) at the Digital Visualization Theater (DVT). We will host guest lecturers, curators and practicing artists in the course of our two weeks together.

Students who take this course will walk away with not only a deep sense of major figures in the Modern Art movement, but an appreciation for the complexities of the artistic process. 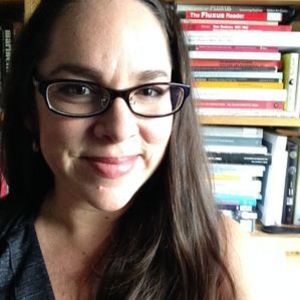 Dr. Woods holds a Ph.D. in Visual Studies/Art History with a graduate minor in Critical Theory from the University of California at Irvine, and has been teaching in the field of modern and contemporary art since 2005. Her areas of expertise include 19th-20th century European and American avant-gardes, performance art, gender studies, and the history of photography and time-based media practices.  Her essays and criticism have appeared in Performance Research, X-TRA: A Contemporary Art Quarterly, Radical Philosophy, Art Journal, and caa.reviews. Her current book project is the first in-depth study of the pioneering and diverse practice of American Fluxus artist, Alison Knowles (b.1933).  She is the recipient of a research grant from the highly competitive Graham Foundation for Advanced Studies in the Fine Arts, and was recently Senior Visiting Fellow at the National Gallery of Art, Washington, D.C.

Woods's teaching includes courses on: 19th Century European Painting; 20th Century Modernism; Contemporary Art, 1945-2000; Art of the 1960s; Postwar American Art; Dada and Surrealism; Avant-Garde Women; Gender and Performance Art; Pop/Fluxus/Minimalism; and the History of Photography. Specialized seminars have covered topics such as: activism and post-studio art practice; performance, gender, and the body; and institutional critique and conceptual art.  Before joining the faculty at Notre Dame, she taught at the University of California, Irvine and Loyola Marymount University, Los Angeles.