From Youth Revolution to a New Constitution: The Current Chilean Constitutional Process in Comparative Perspective

This course will explore the series of social movements and civil protests, most of them led by university and high school students, but also by women, indigenous peoples, environmental activists and a number of other groups, that have taken place in Chile in the last fifteen years that lead to the current process of creating a new constitution. This will be the first Chilean constitution entirely generated by democratic means in the more than 200 years of Chilean history as an independent country. We will compare these social movements and constitutional processes to similar events that are taking place in several other places of the world, like the Arab Spring, Hong-Kong, Black Lives Matter, Fridays for Future, and other Latin American countries.

Contemporary Chile is a paradigmatic case study on political, social and economic change at a global level. The massive and violent social mobilizations of the last months of 2019 are being observed and analyzed with interest and concern by academics, politicians and citizens. Chile went from a consolidated democracy to an unprecedented experiment of socialism by democratic means with Salvador Allende (1970-1973); from there to a brutal dictatorship with Pinochet (1973-1990), with a legacy of violations of the very tough human rights, and then to the re-inauguration of a singularly stable and successful democracy (since 1990).

The new democracy has grown under a constitution designed in and by the Pinochet dictatorship (1980), without legitimacy in the eyes of most Chileans. Finally, after 40 years, it will be replaced by a new constitution, all thanks to a strong youth revolution. For the first time in the history of Chile, we will have a constitution discussed and approved by a democratic procedure, through a constituent assembly with equal participation of women and men and with representation of native peoples.

How do youth social movements emerge today? Is it feasible for a youth revolution to lead to profound political changes in a country? What are the key factors for the success or failure of youth demands and movements in various parts of the world? What will the constitutional process be like in Chile? Will the new Chilean constitution achieve a more democratic, fair, egalitarian, transparent and ecological country, as demanded by young people?

This will be a seminar style course. Based on films, documentaries and readings, we will discuss, with the active participation of all, how in Chile and in other parts of the world a youth revolution is leading to profound constitutional, social and political change.

Students will meet online on Mondays and Wednesdays from 5:00 - 6:15PM (Eastern Standard Time). 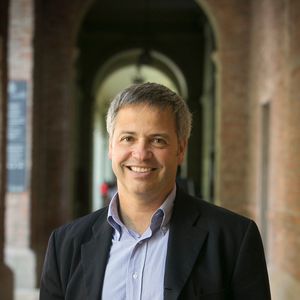 Montes served in the Chilean government as senior legal and political advisor to the undersecretary of defense, under the first Bachelet government, and as legal advisor to the labor minister under the government of Patricio Aylwin.   In 2003-2006 he was the director of the Institute for Political Studies (IDEP) and of the MA Program in political science at Andres Bello University, Santiago.

He has published on civil-military relations, political parties, electoral systems and constitutional reform in Chile, and on international cooperation with Haiti.  He received his MA and PhD. candidacy in Political Science from the University of Notre Dame and his Law Degree from the Catholic University in Santiago.