From Malcolm X to the Beatles: Youth Activism and Repression in the 60s

This is a history course on youth activism and repression during the twentieth century. While the discussions will incorporate a global perspective expanding several decades, the class concentrates primarily on the sixties in selected communities of color in the United States and parts of Latin America.

Students examine the historical roots of today’s Black Lives Matter, Dreamers, anti-globalization, environmentalist, and LGBT movements as differently articulated during the sixties by the black power, Native American, feminist, Chicano/a, gay, countercultural, and Young Lords movements. We draw parallels and key points of contrast between these and other youth movements in Latin America from a variety of gender, race, and class perspectives.

From this multilayered approach, we also examine the multiple impacts that the Cuban, aesthetic (i.e. film, fashion, and rock ‘n’ roll), and sexual revolutions had on these movements. At the end of the class, students will not only have a better appreciation of the wider concepts of democracy and activism frequently ignored in today’s high school history textbooks, but also a broader understanding of the numerous consequences associated with repression and multiple forms of discrimination. 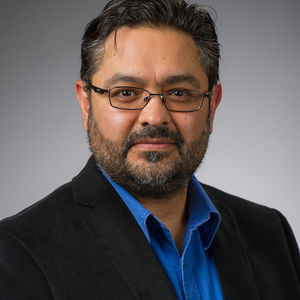 At the University of Notre Dame, Pensado offers a variety of undergraduate and graduate courses, including Art and Revolution in Mexico, The Global Sixties, Latin American History through Film, and Student Activism in the Americas.