The contemporary theatrical landscape in Great Britain reflects a country questioning a rich yet problematic history, which many see as a long overdue opportunity to bring diversity to stages across the nation. This course introduces students to historically marginalized voices in British theatre, including those from countries colonized through the pursuit of empire, from the confines of the class system and from the margins of ‘normative’ culture. Students will engage with people, places and plays that individually and collectively seek to navigate the past, present and future of theatre in the United Kingdom. The course combines readings and discussions with practical explorations of recorded performances from UK-based companies.

Students will be able to apply selected critical lenses, such as decolonization and gender, to their theatrical experiences not only to analyze the form and content of a given work, but also to reflect on how underrepresented voices locate themselves in the context of art and society in Great Britain. We will also consider how our explorations extend to circumstances in the United States.

Students will ultimately develop a critical appreciation of the nature of British theatre as a reflection of society at large through a combination of verbal and written analysis. Your engagement in synchronous and asynchronous elements such as readings, recorded performances, seminars and discussions will contribute to both your enhanced appreciation of theater as an art form and your ability to discuss and debate these issues.

This class will meet twice a week over the course of six weeks, but you'll also be invited to watch previously recorded performances of a variety of productions that speak directly to the concerns of the course. Please note that subjects and styles of performances may change slightly based upon the available productions during the time of the course. 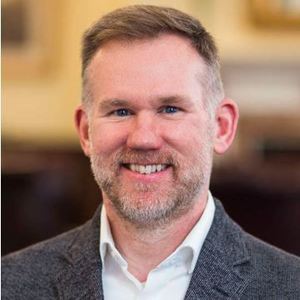 Jay Paul Skelton has written, produced, or directed over 125 productions in London, Edinburgh, New York, Chicago, and Boston. His most recent directing credits include Little Man and His Wife at Canal Café, Mankind featuring the Epiphoni Consort at St. Peters Vauxhall, and productions for the Camden Fringe, Edinburgh Festival Fringe and International Youth Arts Festival. He also served as Artistic Director of the Notre Dame Shakespeare Festival (US) from 2005-2012. He currently lectures on a range of theory- and practice-based courses at Central School of Speech and Drama, RADA, Kingston University and the University of Notre Dame in London.

Skelton received his MFA from The Theatre School at DePaul University, and both his M.A. in Classical Theatre and practice-as-research Ph.D. from Kingston University. His research focuses on creating a rehearsal and performance methodology specifically for classical text, integrating Stanislavsky’s improvisational practice called ‘Active Analysis’ with Viewpoints, a movement technique first articulated by dancer and choreographer Mary Overlie, then adapted by directors Anne Bogart and Tina Landau.